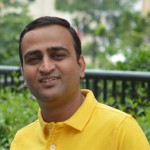 Internet advertising today is multi-billion-dollar industry and is making its presence felt in the crowded world of print, television and outdoor. Internet advertising was born way back in 1993, when the first clickable banner ad was served on GNN website.

With so many options (FB, GDN, SEM, …), formats (native, DRM, advertorial, banners, text, innovation) and business models (CPM, CPC, CPA) marketers are sceptical towards what works best and they end up choosing easier way of most cost effective model.

What is currently popular among marketers?

Today, every marketer looks at internet advertising as a medium to drive ROI and other advertising mediums to create mass buzz. Brands that thrive purely on internet (e-com companies) and brands who look at creating 360-degree buzz across mediums do look at online advertising as buzz creation media. This requirement gave birth to high impact ad formats, non-standard and rich media typically offered by big size publishers.

Blending ‘Art’ and ‘Science’ Together

As digital advertising landscape is evolving each day, a major innovation in ad tech is happening at the backend that drives only relevance, and publishers continue to offer innovations on the creative side. Very few companies sensed an opportunity in blending both ‘relevance’ and ‘engagement/creativity’ and started working towards it.

Turn off AdBlock & click here to see this Ad on our demo page.

As attention span of web users was declining on text-heavy articles, publishers wanted to take full advantage of visuals. As per marketer Jeff Bullas, “Content with relevant images gets 94% more views than content without relevant images”. Content consumption on mobile and tablets has increased over past few years, and text rich articles are not able to grab user’s attention anymore. Studies show that visual content are more engaging and leave a long lasting impact on the end user. This forced publishers to think of monetizing editorial images and thus ‘in-image’ advertising was born.

Few companies started experimenting with in-image advertising way back in 2008 and recently IAB has approved some of these innovative banners as their standard formats. In-image advertising gave liberty to the creative fellas to convey the brand story in a comprehensive way and let the end users engage with the brand’s core value on a wider canvas.

As per Wikipedia, In-image advertising is a ‘form of contextual advertising where specific images on a website are matched with related advertisements’. Technically, the code is placed on publisher’s website reads the content and serves a relevant ad overlaid on editorial images. In-image advertising is more flexible as it can be served across devices and can have innovations like forms, videos, slideshows and other rich media elements that can entice a user to engage with the brand.

In-image ads are a cool way for publishers to monetize their editorial images which otherwise has no monetary value. A publisher is often concerned about page views and user experience on his site. This is one of the reasons why interstitial ads lost their popularity. In-image ad units don’t disturb the user experience as they don’t hinder the content on a publisher’s website and also reduces users turning to ad blocking. With minimize and close button options users get an alternative if they want to view the ad or not.

In-Image ad formats are also visually more appealing than their standard counterparts. These ads are served on relevant content and not just any placement which results in highly targeted campaigns and increased ROI. It solves a major problem of banner fatigue improving brand recall and engagement. In-image ads create a win-win situation for both publishers and advertisers.

Indian vernacular language publishers are growing at fast pace and are unable to monetize the growth with global ad-networks due lack of support towards Indian regional languages. Global ad-networks being contextual targeted are unable to deliver better eCPM to Indian regional languages portals. Whereas, In-Image ads are universal in nature and can read image content on any language portals. In-Image ads offer a win-win situation for both publishers and marketers.